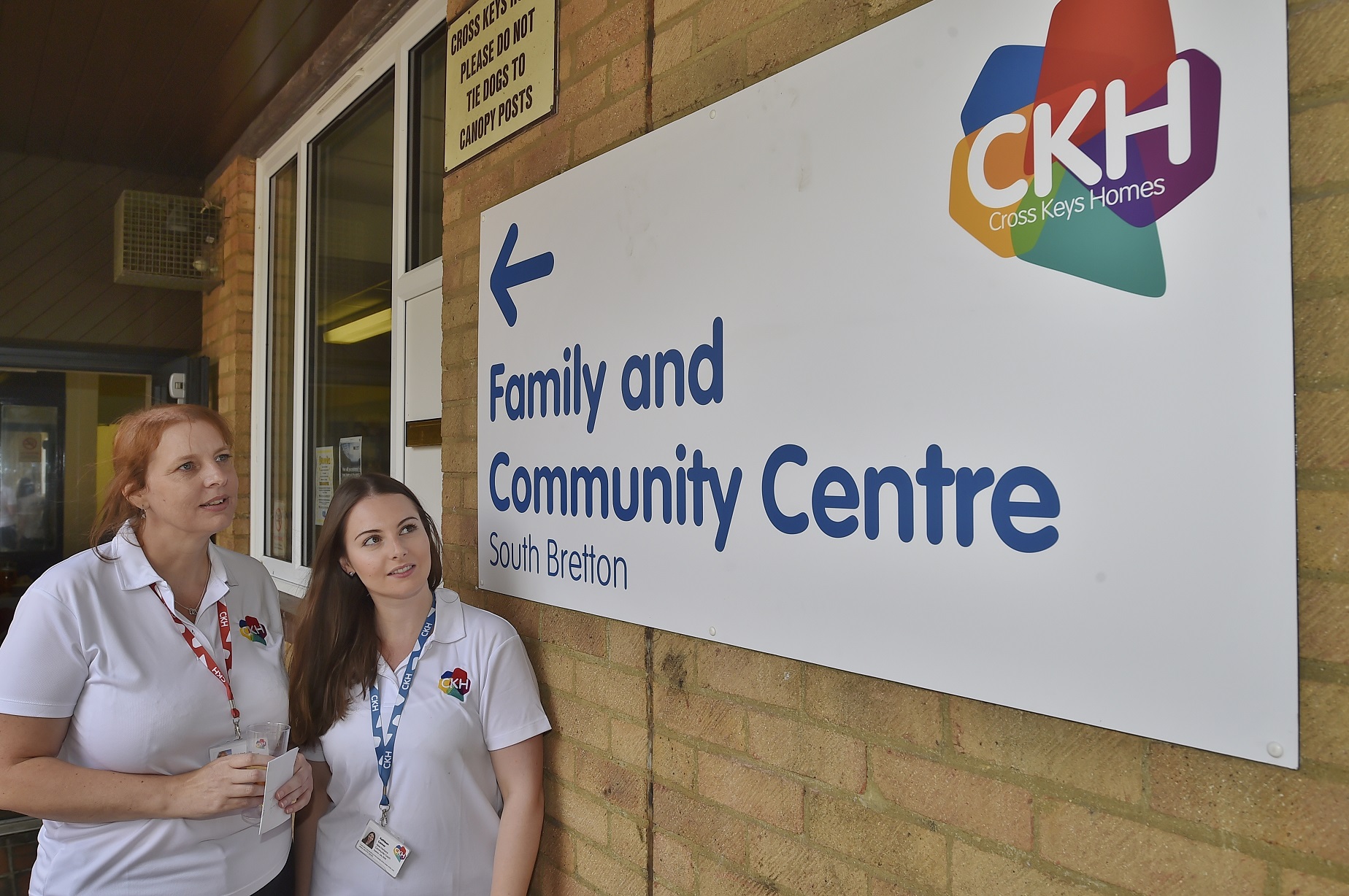 A local youth club has received an early Christmas present after Cross Keys Homes (CKH) agreed to fund the Families First group in South Bretton to secure its future until at least March 2021.

The youth club, that meets in CKH’s South Bretton Family and Community Centre in Redpoll Place, Bretton (formerly known as Tyesdale), was at risk of closing as its funding had come to an end. However, CKH has stepped in to ensure the weekly group will continue.

Young people have been enjoying activities such as cooking, table tennis, arts and crafts and dancing since the group started earlier this year. However, when funding was coming to an end, Families First Manager Cherry Lester, feared for its future:

“It is a small, but growing, group of young people, who have achieved a lot in a short space of time, with many more plans for the future. It would have been a real tragedy for the project to close. The young people attended a workshop with Vivacity to make a community flag for the Bretton Festival. They were so proud of their achievements and are really looking forward to having a stall at this year’s festival. We are all so grateful to CKH for making sure the future is rosy!”

CKH Chief Executive, Claire Higgins, said: “Inspiring the next generation is a key strand of our community investment strategy. Groups like this, in our communities, do so much to inspire and nurture our young people and open doors to activities that are increasingly being closed to them because of funding cuts. We are thrilled to give this lifeline to this great group and ensure their work is secure for the foreseeable future.”