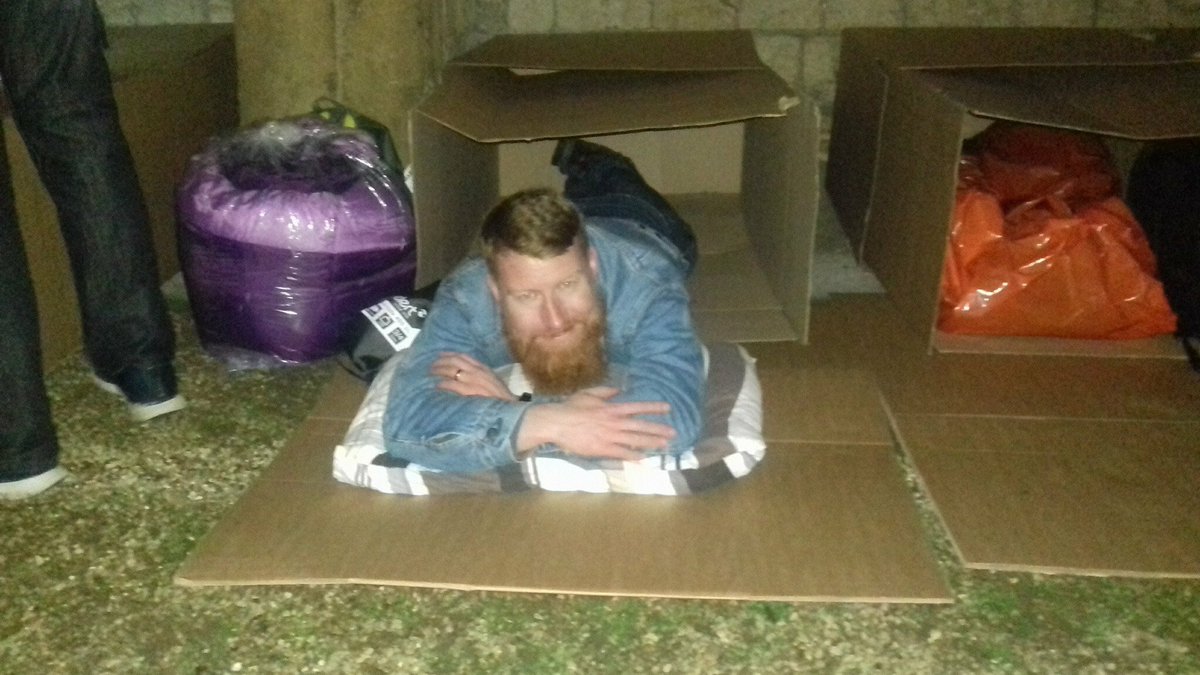 More than 45 people took part, sleeping out in the grounds of Peterborough Cathedral to raise funds and awareness of the hardship which young, homeless people endure on a sleeping rough at night.

The money raised is equal to the amount raised at last year’s event.

Jonathan Martin, YMCA Trinity Group Chief Executive, said: “We were delighted with the response we had to our second Sleep Easy event. I’d like to say a big ‘thank you’ to everyone who took part and spent the night out with us.

“Our ambition for the event, alongside the much needed fundraising, was to ensure that all participants came to fully understand the difficulties homeless people suffer. By raising this awareness we hope that everyone who took part will appreciate the support we can offer and how every contribution can make a significant difference to people.”

YMCA Trinity Group has operated in the area since 1852, and provides services for over 450 residents a year, including practical help for young people in crisis.

This fundraising event saw participants sleeping on DIY cardboard beds from 7pm to 7am. All participants paid an entry fee of £10 that will contribute to the much-needed funds to help the homeless young people supported by YMCA Trinity Group.

Georgina Key, Team Henson Crisp, who participated in Sleep Easy 2017, said: “We were delighted to sponsor the Sleep Easy 2017 event in Peterborough, raising awareness for such a significant issue in our community.

“Sleeping rough for one night (whilst the weather was reasonably kind to us) was still a humbling experience for all of our team. We hope the funds raised will make an impact to the lives of young people, who are supported by YMCA Trinity Group in their time of need. We look forward to continuing our support for this invaluable charity.”

Team Belvoir also participated in Sleep Easy “We are very proud to have taken part in this years Sleep Easy Event and hope that we have helped to raise awareness of this extremely important issue. The event was mentally and physically challenging but it was great to all come together and raise important funds for the YMCA to support all of their efforts and cause. Not all of our team were able to take part in the event however we did hold a cake sale in the office to try and increase our fundraising total and we look forward to taking part in more events over the next 12 months.”

YMCA Trinity Group is a part of a federation of 113 independent YMCAs, forming the oldest and largest youth charity in the world.

If you are interested in making a donation or volunteering for YMCA Trinity Group please visit www.theymca.org.uk