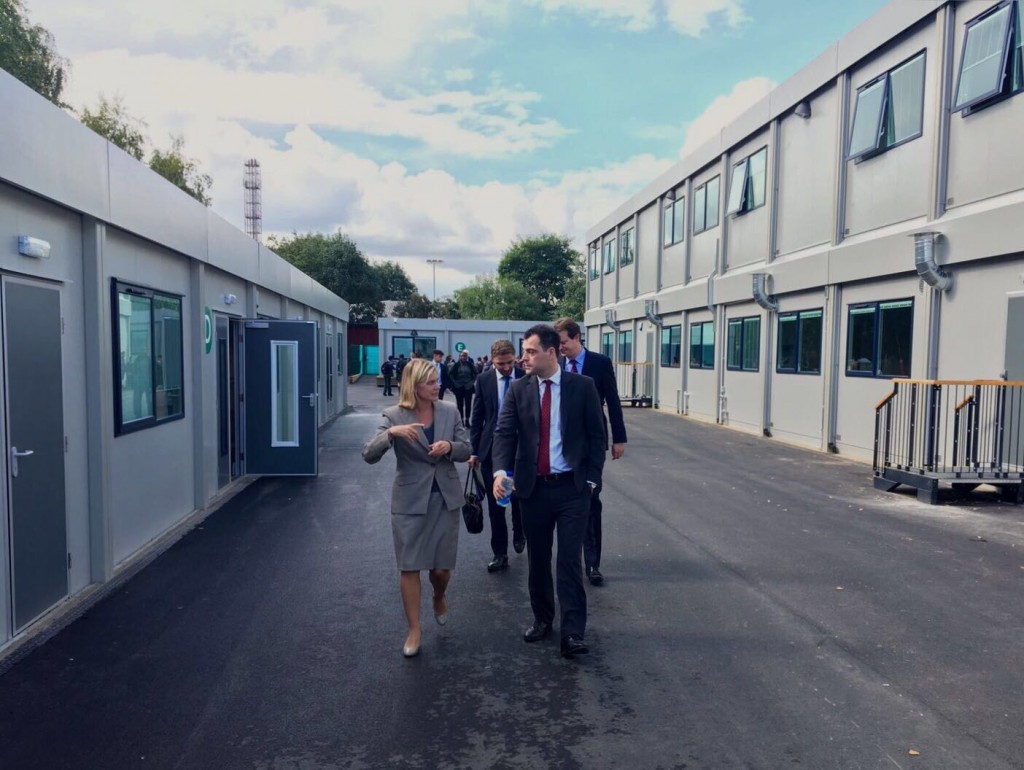 Due to the Grenfell Tower fire tragedy on the 14th June 2017 Kensington Aldridge Academy (KAA), a school that was at the foot of the tower, was required to close their doors and relocate before the new school year in September. Placing 960 pupils into nearby schools was not an option so a new temporary school was commissioned to be constructed on land at Wormwood Scrubs, a large open space in the neighbouring borough of Hammersmith and Fulham, about a 20-minute walk from KAA.

The Remark Group worked with Portakabin, the principle contractor, in installing and connecting underground mains electricity to the new buildings. A process which can typically take up to 11 months from application to completion was installed inside 3 weeks with the help of UK Power who understood the importance of the project. Once the temporary buildings were in place and electricity was connected the Remark Group completed the full electrical sub-distribution to the buildings and installation of door entry systems while working alongside 100+ other contractors.

The project was finished in a record breaking 9 weeks, with the media naming the project ‘the fastest school ever build.’ It hosts the same state-of-the-art facilities as the building on Silchester Road, including 8 science labs, 2 IT suites, 2 libraries, a drama studio, dance studio and Autism centre. This means the academy can deliver the same high-quality curriculum to students while helping the students to feel confident and ready to learn in their new surroundings.

A member of the Portakabin team, the principle contractor for the project, commented, “Our Sub Contractor network have been the real heroes of the day – to build a school of this size, in these particularly difficult and emotional circumstances has been outstanding, and the warm praise we have received from our final Customer – the school itself – is recognition of a job exceptionally well done.”

On Monday 18th September KAA2 opened the doors to its new temporary school. Kensington Aldridge Academy said, “There was a very positive atmosphere around the school as students were keen to get back to their learning after the summer holiday”