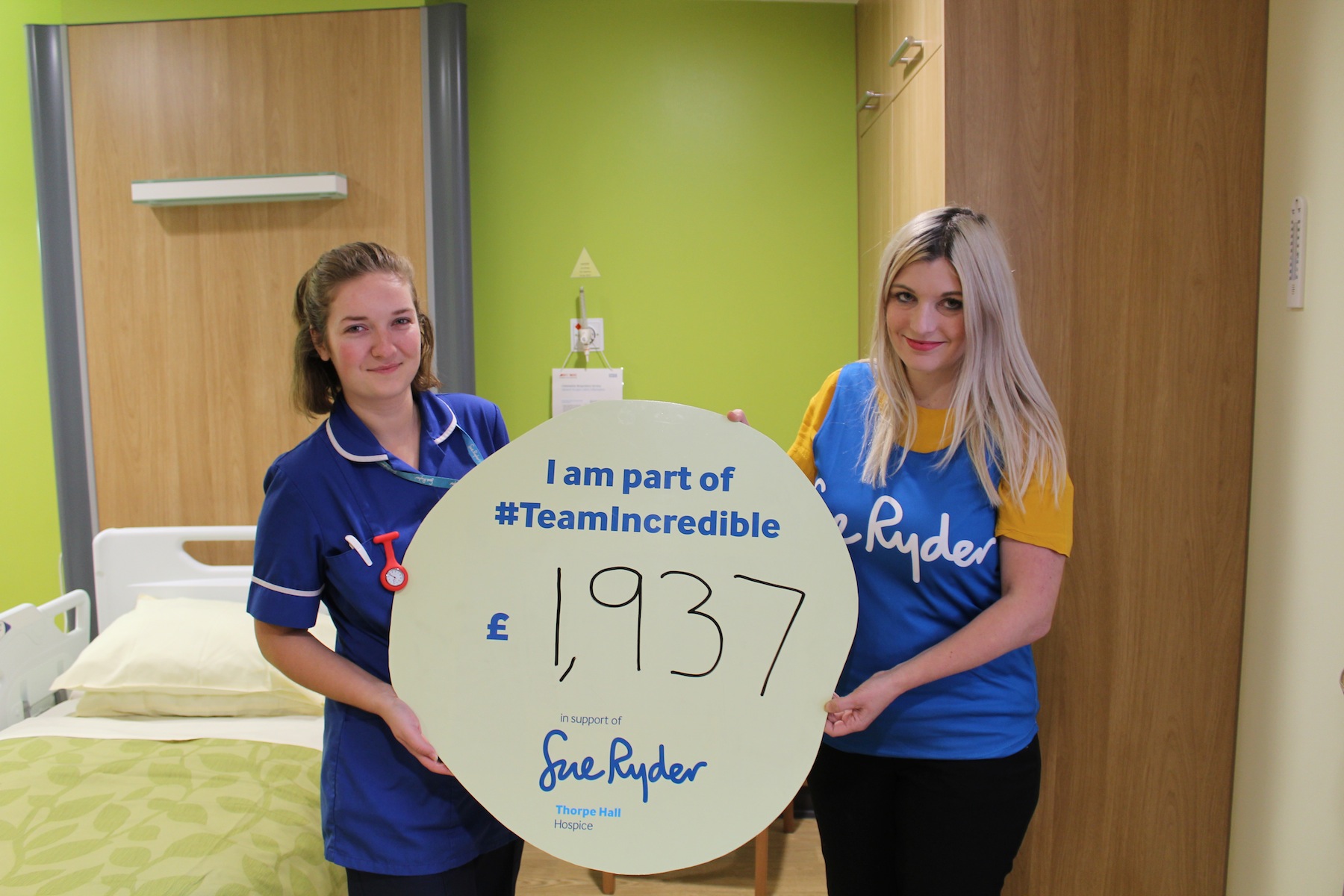 SOLICITOR and new mum Rachael Bridges has raised almost £2,000 for charity after successfully completing her first half marathon.

Although marking a personal achievement for Rachael, who works as part of the private client team for Buckles Solicitors LLP – taking part in the Great Eastern Run has also honoured the memory of her late father-in-law, David.

She said: “I decided to raise money for Sue Ryder as my father in law passed away in March this year and was in Thorpe Hall for the last six weeks of his life.

“He was only 59 and it was a very difficult time. I had just had my second daughter, and in fact she was only six days old when David went into Thorpe Hall. The staff were amazing, not just with David, but with the whole family.

“I wanted to do something to raise money for Thorpe Hall as we could not have got through those last few weeks without them. David ran the GER when he was younger and last year, we watched it together and he said when he was better he would like to train and do it again. As he was unable to do it I decided to do it for him.”

Rachael started training when her newborn daughter Marley was just three months old, and admits that while having done a little running a few years ago, could barely manage a single mile at that time.

“It took me nearly twenty minutes and I thought I was going to be ill,” she said; “But I trained three to four times a week whenever I could fit it around the children as I was still on maternity leave. I managed to get to the point where I could run 11 miles and decided the last two could be done on adrenalin. I did not expect to run it all and was happy to jog/walk the last couple of miles but somehow, I managed to run it all.”

Rachael was invited to hand over a cheque to member of the Sue Ryder team.

Thorpe Hall community fundraiser Nilesh Patel said: “We are hugely grateful to Rachael and her family for this fantastic donation and we can assure them that the money will be put to excellent use within the hospice.”