After two years of peaks and troughs in wage deals, 2011 has been a year of levelling out.

That’s the conclusion employment experts at Anne Corder Recruitment have drawn from the results of this year’s Peterborough Local Market Survey, produced by specialist reward consultants PAYdata Ltd in partnership with the independent recruitment agency

The survey has revealed an overall average 2.5 per cent rise in salaries over the past year. But the average doesn’t tell the whole story. While contact centre staff have registered a pay increase of just under seven per cent, there has been a similar fall in salary for those in the IT sector and a 3.5 per cent decrease for Directors PAs.

“The recession saw some quite dramatic peaks and troughs in pay and benefits levels,” said ACR recruitment partner Nel Woolcott. “Some companies targeted pay increases towards staff with key skills while others were forced to freeze pay.

“This year’s results mark a balancing out of wage deals. Those who were hardest hit during the recession have now been rewarded for their loyalty with higher than average rises while those whose wages continued to increase despite the economic downturn are seeing smaller increments.”

Nel is convinced this levelling of pay structures is a good thing for industries looking to the future.

“Different sectors are now back on a more even footing for attracting good quality candidates,” said Nel.

The level of benefits offered is also a reflection of the marketplace. None of the companies which took part offered a final salary pension scheme to new employees. Only a third offer private medical insurance to all their staff.

The salary survey is now in its 14th year and is recognised as a key tool for companies keen to remain competitive in the recruitment market.

“Companies have to position themselves as employers of choice by offering competitive salaries both to attract the right candidates to fill vacancies but also to retain staff.”

According to data services manager for PayData Tim Kellett, the regional results somewhat reflect nationwide trends. He said: “Where there have been pay increases, they have typically been up to the two and a half per cent mark. Overall, local pay trends continue to vary noticeably between different types of work. Even so, labour market conditions look set to remain challenging in the short term, for both employers and potential employees alike.”

Key findings from the survey include:

* Overall, local base salaries have increased 2.5 per cent from last year.
* Customer service and call centre staff have received the greatest increase on average – 6.9 per cent.
* When considering specific roles, accounts clerks were the biggest winners with an average increase of 12.8 per cent.
* Directors PAs recorded a pay drop of 3.5 per cent following one of the largest pay increases last year
* A third of organisations report that they differentiate holiday entitlement by seniority and level. While this is consistent with last year’s findings, in 2009 just six per cent reported a differentiation.
* Consistent with last year’s findings, those working in jobs coming under the store, warehouse and production classification continue to be the worst affected.
* There has been a drop from 41 per cent last year to around a third this year of organisations who offer private medical insurance to all staff.

Anne Corder Recruitment is an independent agency based in Park Road, Peterborough. The company has been involved in producing the Salary Survey for 14 years. 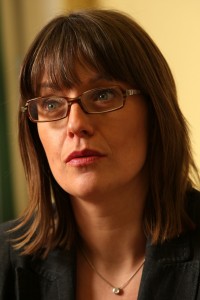