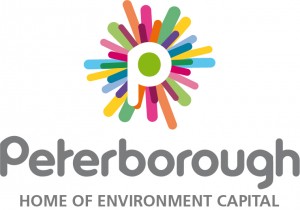 A major milestone has been reached in the city’s plans to become the UK’s Environment Capital following the adoption of a new eco policy by the council.

At a council meeting last night Peterborough became the first UK city to sign up to such a high level commitment.

This is a vital step forward for Peterborough and demonstrates that even in tough times the environment is at the top of the Council’s agenda. This new policy sits above all others and every decision the city now takes must contribute towards protecting and preserving Peterborough’s environment.

With the adoption of the major policy, the Council has voted for Peterborough to be known as Home of Environment Capital. This is a challenge the city has set itself to move its environment agenda forward and celebrates the green assets already established locally.

Councillor Samantha Dalton, cabinet member for environment capital at Peterborough City Council, said: “The major policy is the first step and part of a longer term commitment by the city to be one of the greenest places in the UK. It means that every future council policy in areas like transport, waste, open spaces, and housing will have to consider its impact on the environment.

Trevor Gibson, Peterborough’s director of Environment Capital, has been helping to develop the new policy: “Over the past 18 years Peterborough has built a strong track record for being environmental leaders.  Home of Environment Capital is about being realistic and honest about our achievements. We’re not claiming to be the best in every area – we’ve set ourselves a challenge to continuously improve. This initiative calls on everyone to get involved and do their bit for a greener city.”

Hugh Cripps from green charity Peterborough Environment City Trust (PECT) believes that this bold move from the council is long overdue. “Since being named as one of the UK’s four Environment Cities in 1992, Peterborough has been striving to become more sustainable, as a cleaner, greener, healthier city brings a host of benefits to local businesses, communities, wildlife and local people. Eighteen years on we’ve finally gathered the courage to put a label on our green achievements. Home of Environment Capital unifies what we’re already doing and sets a challenge for the future.”