New recruits Foxtrot and Oscar in the limelight

Home » New recruits Foxtrot and Oscar in the limelight

When Oscar’s owners moved into a flat they decided that, as he was mainly an outdoor cat, it would be unfair to keep him indoors. When they mentioned this to DSM it was an obvious decision for a company of animal lovers that Oscar should be employed as Chief Rodent Prevention Officer!

Oscar was settling in well but as he had always had feline friends before he was getting a little lonely. Time to get Oscar a friend ….

Foxtrot (Foxy) belonged to a family in Ely who had just had a new baby. With two other cats in the house that didn’t get on with her they made the decision to find her new home. So a hairy journey in the snow one night saw Foxy rescued and she joined her new friend at DSM.

They are currently having many adventures together and are often found getting into mischief. A hit with staff and customers alike, it seems the perfect situation all round. 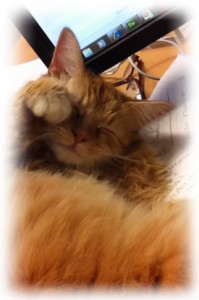