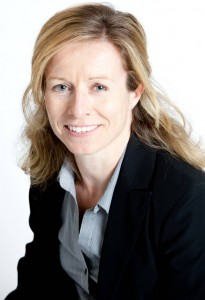 This summer the UK will play host to the greatest sporting event in the world: the Olympic Games.  Although the Olympics are likely to be a well needed boost to the UK, it is equally as likely to be a headache for employers.  Set out below are some of the most common questions facing employers:

Q1: Are workers entitled to time off during the Olympics?

No. Workers should be directed to make holiday requests in line with the employer’s notification procedures.  If a worker has used up all their holiday entitlement, an employer may allow them to take a period of unpaid leave.

Employers should now be reminding workers of their notification requirements and be implementing a policy to deal with requests for time off during the Olympics.

Q2: Are workers entitled to time off to volunteer at the Olympics?

No, there is no legal entitlement for time off work to volunteer and as such, the same considerations as stated above at Q1 apply.

Q3: Too many workers have requested time off during the Olympics – how should we deal with this?

This is where it is vital to have a policy in place which informs workers how the company will be dealing with requests for time off during the Olympics.  If it is simply on a ‘first come, first serve’ basis, workers should be informed of this.

If an employer considers that it cannot accept a workers holiday request for time off during the Olympics, the worker should be informed of this refusal as soon as possible and in accordance with the Working Time Regulations 1998 (i.e. give at least the same number of days’ notice of the refusal as the number of days off requested).

Q4: Some workers can’t get to work due to the travel disruption caused by the Olympics, what do we do?

If an employee is late or prevented from coming to work due to travel disruptions, consider whether there is an existing policy (e.g. adverse weather policy) that covers this scenario so any response to unauthorised absence is consistent. If there is no policy in place, the general position (subject to the terms of contract) is that there is no obligation to pay workers where they do not turn up to work. If the travel disruption would be a one off, employers may take the view that the missed hours can be made up or that the employee can take the day as holiday rather than not paying them for this lost time.

Where travel disruptions may last for a longer period, employers may want to allow workers to work flexibly during this time. Options may be to change working hours to avoid peak travel times or allow workers to work from home. In order to prevent a precedent being created for future sporting events, employers should make it clear that flexible working is being allowed owing to the Olympics’ exceptional circumstances.

Q5: We’ve caught workers watching the Olympics on the internet during working hours, what can we do?

This situation should be dealt with as a conduct issue and may lead to the employer taking disciplinary action against the employee. To avoid this, employers should consider circulating their IT policy to remind workers of the sanctions of inappropriate internet usage and what is expected of them. However, a hard-line approach to disciplinary action in such circumstances is likely to damage employee relations and staff morale. It may therefore be worth considering setting up areas where workers can watch the more popular events or allow workers to make up any missed hours at a later date.

The key to avoiding any problems will be to communicate to workers what is expected of them during the Olympics.

Q6: We know a worker has called in sick so they can attend the Olympics, how should we deal with this?

If, following proper investigation, it is established the worker is not really sick, this situation would again be a conduct issue and the comments at Q5 above would apply. Again, an employer should consider circulating their policy on holiday notification (and any other Olympics policy they have implemented).

If there is no evidence that a worker is not really sick it will be harder to pursue this as a disciplinary matter. However, employers should refer to their sickness absence policy and consider communicating to workers the level of attendance that is expected of them.

The information contained in this article is intended to be a synopsis only. Before acting on it you should take professional advice.