Larkfleet in line for major prize for skills and training

Home » Larkfleet in line for major prize for skills and training 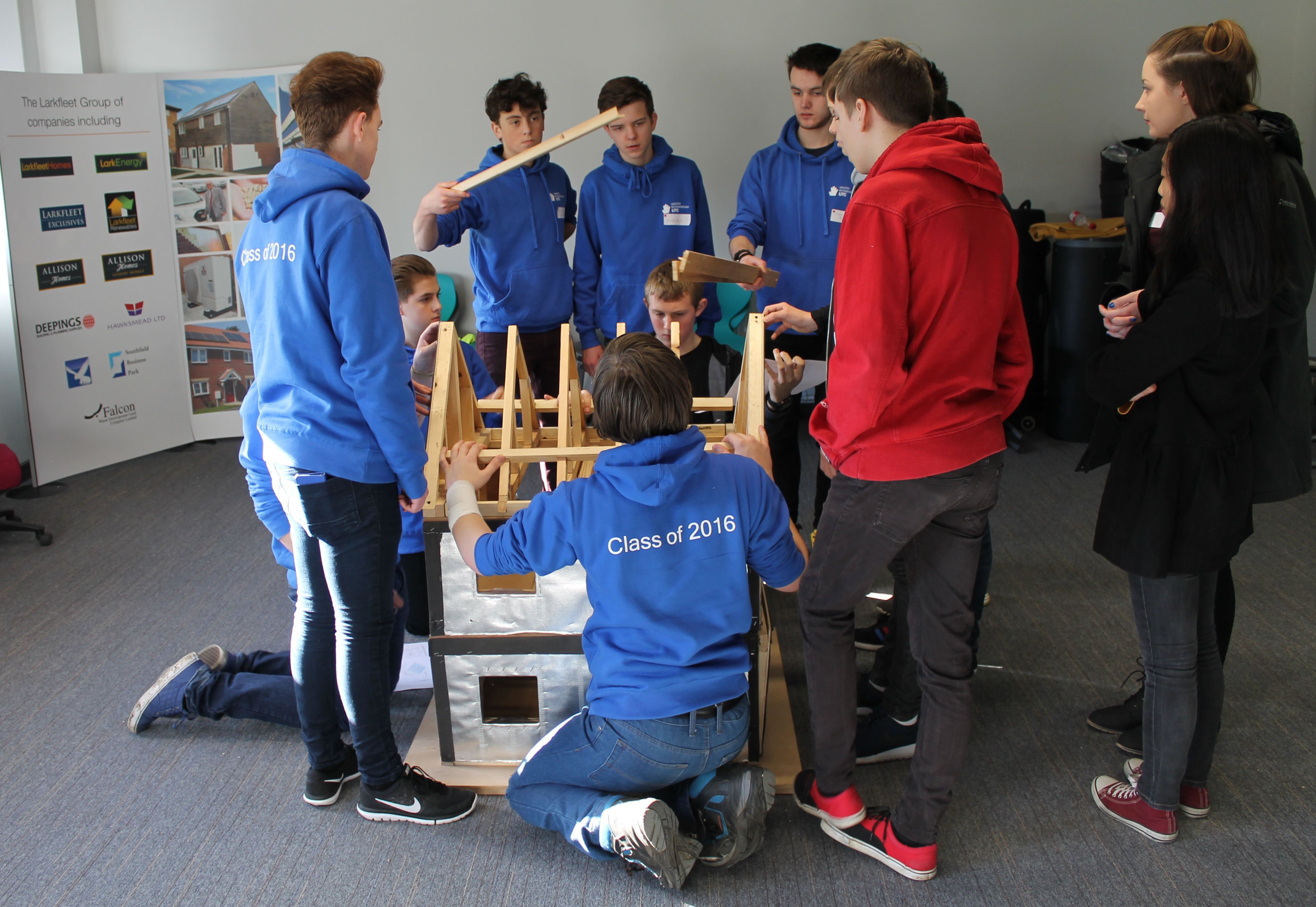 Bourne-based housing and development organisation The Larkfleet Group of Companies (www.larkfleetgroup.co.uk) has been shortlisted for one of the construction industry’s most prestigious awards.

The group is one of just eight firms nationwide to win through to the final of the ‘Skills Initiative’ category in the Building Awards (http://www.building-awards.com/building-awards-2017-shortlist/).

The judges have been impressed by Larkfleet’s support for a number of training initiatives. These include not just its own apprenticeship and graduate recruitment programmes but also its backing for local colleges and schools and its sponsorship of the Greater Peterborough University Technical College (GPUTC).

GPUTC is based in a £12 million state-of-the-art building that opened in September 2016 in the centre of Peterborough. It focuses on engineering and the built environment, providing courses for 14 – 19 year olds, and aims to educate the city’s future engineers, designers, architects and construction specialists.

Larkfleet has been involved with GPUTC since before the first plans were drawn up and group CEO Karl Hick sits on the school’s board of governors.

Steve Warburton, principal and CEO of GPUTC, says: “Larkfleet’s support is invaluable to our students. The company is assisting us to provide real hands-on experience of industry that helps to prepare students for the world of work.”

Combining academic study, vocational training and practical work experience, GPUTC delivers education based on ‘learning by doing’. It guarantees all its graduates a job interview with one or more of its industry sponsors at the end of their time at the school.

High standards reflecting workplace practices are the norm. Expectations of attendance, punctuality and conduct reflect those in the best of workplaces.

To assist with students’ learning, Larkfleet has given GPUTC a scale model of a typical timber-framed house built by Larkfleet Homes which can be taken apart and re-assembled using a set of drawings which Larkfleet has also supplied.

The model helps the school’s students studying the built environment to understand how a modern house is put together as well as getting to grips with topics such as architectural design and planning.

The model house has proved to be such a success at GPUTC that a similar one has now been produced for New College Stamford – one of several other colleges with which Larkfleet has developed relationships.

Larkfleet is working with younger age groups in schools as well. It recently hosted a visit by year five and six pupils from Cottesmore Millfield Academy at its building site in Oakham during which the youngsters interviewed staff about careers in the construction industry.

Karl Hick says: “Investing in the future of the construction industry by supporting local young people in their training and development has always been part of Larkfleet’s ethos.

“Continuous investment in training is essential for the future of this industry. Construction and home building are becoming high-tech operations. The industry will increasingly require more of the brightest and best young people in all trades and professions.

“The type of people we will need to support successful housebuilding in the future will range from ‘hands-on’ craft and trades people for our construction sites to engineers, scientists and technicians who will shape the industry’s future in research and development laboratories.

“We believe housebuilders must invest in training and provide young people with the skills that will shape the future for the UK construction industry. Otherwise the industry has no future.”