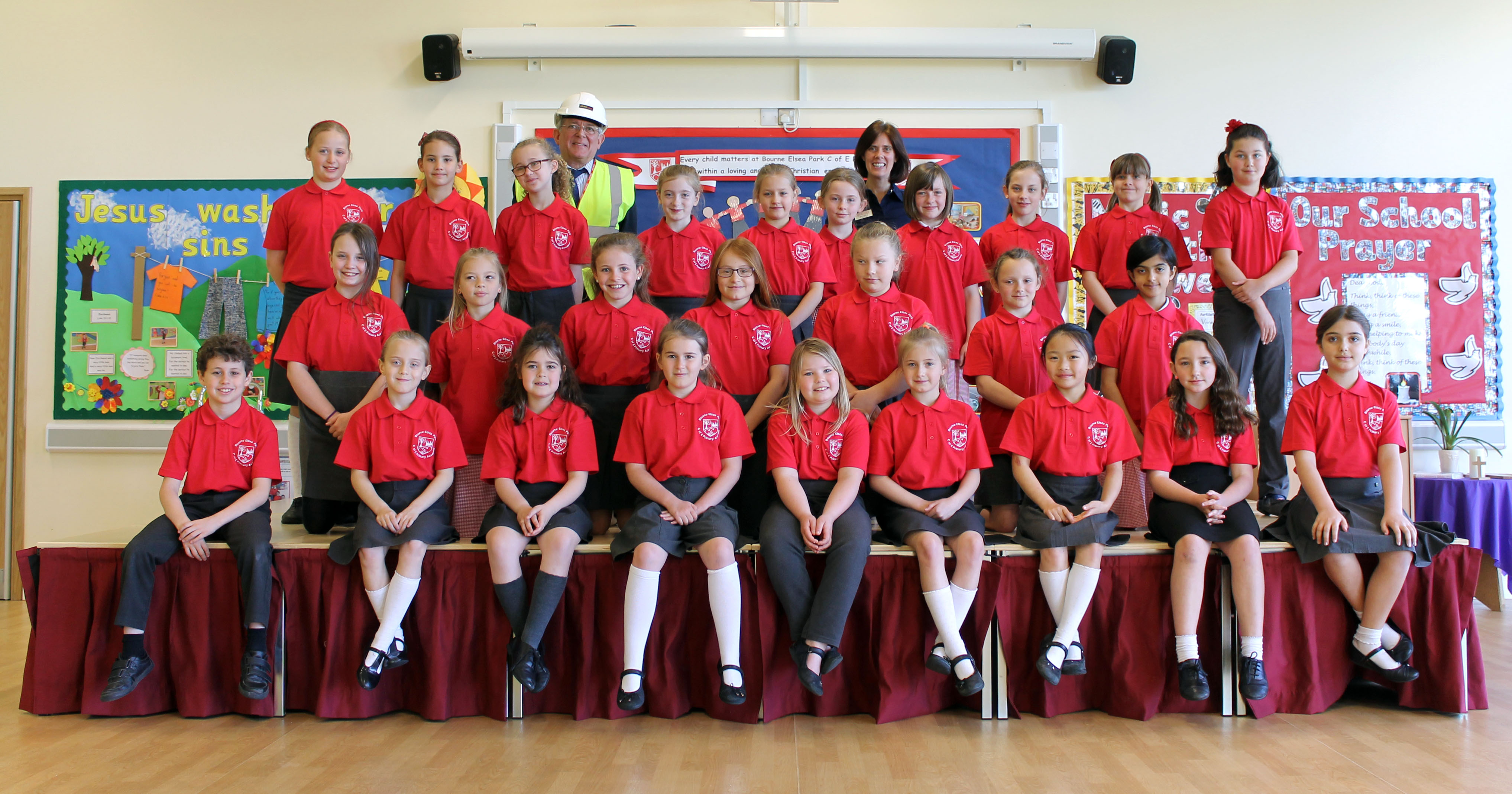 Joe Yardley, Larkfleet’s health and safety advisor, told youngsters of the dangers of playing on building sites in a special assembly at Elsea Park Primary Academy, continuing the company’s commitment to supporting the local community. The school is only a short distance from Bourne Heights, the site where Larkfleet is building a range of 2, 3, 4 & 5 bedroom homes.

The school assembly was attended by 150 children aged between four and ten years old.

Joe dressed for the part during the assembly in a safety helmet, high visibility vest and safety footwear.

After a brief introduction to his role as a safety officer, Joe held up a sequence of A3 safety signs and asked the pupils to identify the meaning of each sign.

The presentation closed with volunteer pupils holding up signs each indicating best practice such as wearing safety helmets, high visibility clothing and safety footwear. Joe added a sign with a smiley face, to represent a happy site manager.

Joe Yardley said: “It was a great pleasure to be able to share my knowledge with students at Elsea Park Primary Academy who were extremely engaging.

“At Larkfleet we are committed to keeping our staff and authorised visitors to construction sites safe. We also want to prevent injuries to youngsters who might view construction sites as exciting playgrounds when there is no-one around. It is important that we educate children about the dangers.”