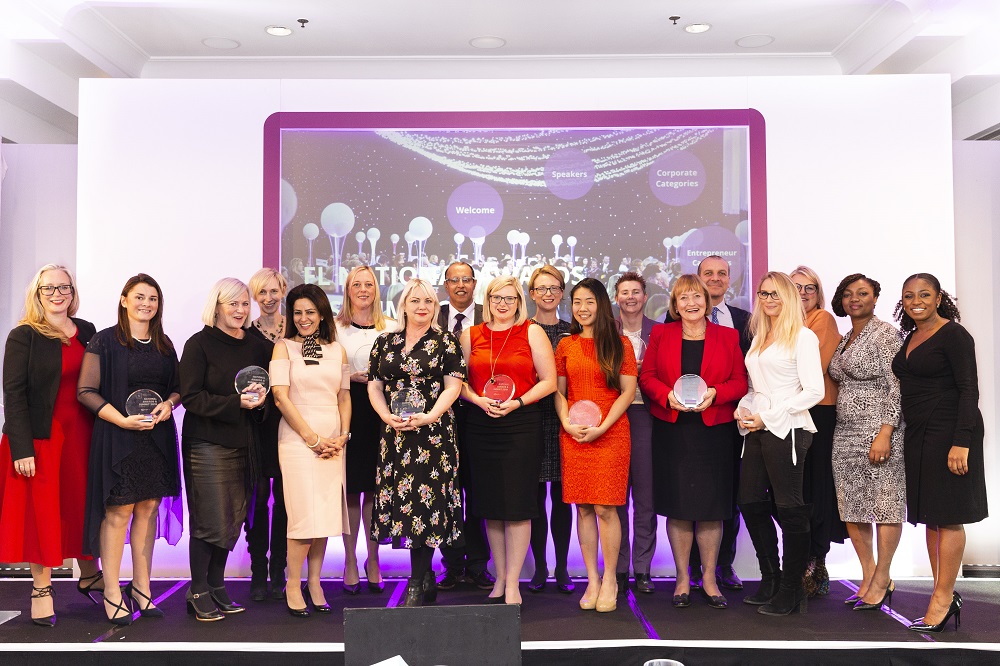 Joanne Bass, founder and director of Peterborough based event and exhibition stand supplier XL Displays, was crowned the winner of the Female Entrepreneur Award for the Midlands region at the Forward Ladies Awards on Friday 26 October.

Joanne’s regional win sees her put through to the national stages of the competition where she will face other winners in the same category from three other regions in a bid to be crowned the overall Female Entrepreneur of the Year.

Upon receipt of her award at the Hyatt Regency in Birmingham, Joanne said: “Forward Ladies is an inspirational support network that elevates and motivates thousands of women in business globally, and so to be a part of such a high profile event is a huge privilege.

“There are so many inspirational females who are shattering the mould of the corporate world and who are showing that women are an integral part of business who can bring just as much to society and the economy as men.

“To be surrounded by so many of these women for a day was such an honour, but to actually win an award in the largest category was a phenomenal moment for me and is definitely one of the most poignant moments of my career so far.”

Before the national awards, Joanne will have to attend a judging day in Manchester on Tuesday 20 November. This will see finalists from all of the 12 categories put through their paces in a series of interviews in front of a panel of distinguished business leaders.

Forward Ladies Managing Director, Griselda Togobo, said: “The calibre of entries has been increasing year on year, and our regional shortlists are the everyday heroines, trailblazers and role models who have succeeded despite enormous challenges. They deserve recognition.”

This award is the third such type for Joanne in the last two years. In 2016 she won the NatWest Every Woman Athena Award, and in 2017 she won the Woman Leaders Female Entrepreneur Award in Peterborough.

Forward Ladies is a well-known support network aimed at creating the world’s largest platform for women in business to connect and learn. The Forward Ladies National Awards night is the largest celebration of female entrepreneurship in the UK.