Exploring the lost world of Must Farm…

Home » Exploring the lost world of Must Farm… 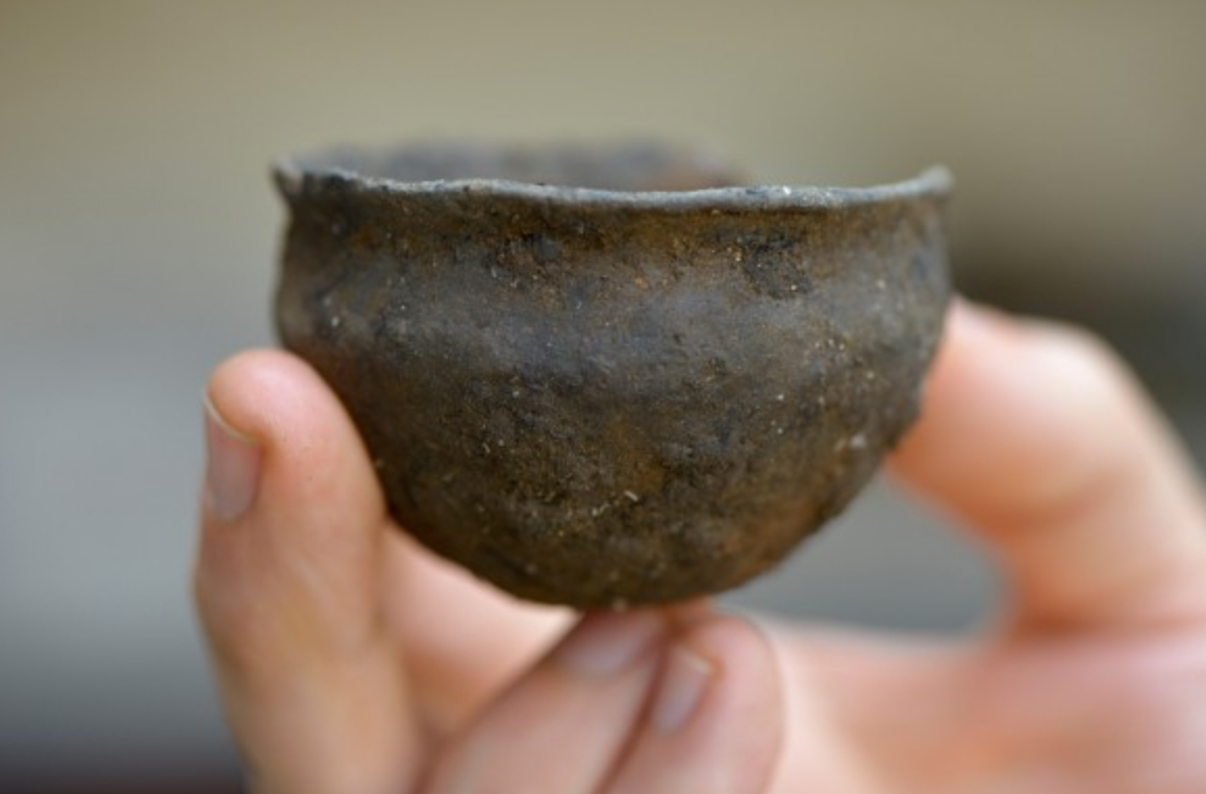 With thanks to Much Farm for the image, small fineware pot discoverd at the site.

It’s been another year of jaw-dropping finds at Must Farm in Peterborough, with stories and updates hitting the international news at CNN and the New York Times to name just a few. We look back on the story that continues to put the city firmly in the archaeological spotlight…

In 1982, routine drainage works on the outskirts of Peterborough revealed a unique ancient monument: a kilometre-long Bronze Age wooden causeway and platform, preserved for 3,500 years in the wetland. Consisting of 60,000 posts driven into the ground in five parallel lines and hundreds of thousands of horizontal planks, the site is believed to have been built and used by these prehistoric people as a place of worship and ritual for more than 1000 years. Now, ever more dramatic finds at nearby Must Farm – which have caused it to be dubbed ‘Britain’s Pompeii’ – are revealing the full extent of the Fenland community that once lived here

When Flag Fen was first opened to the public as a visitor attraction in 1987 it was already recognised as one of the most important archaeological sites in Europe. Now consisting of over 20 acres of park, Flag Fen recreates a prehistoric landscape complete with the Bronze Age reconstructed roundhouse, enabling visitors to make a personal connection to the past by entering a space that would have been familiar to ordinary families thousands of years ago. Here, visitors can view a preserved section of the ritual causeway, whilst the museum offers the chance to see a selection of the artefacts discovered during excavations, including weapons, tools, jewellery, a pair of perfectly-preserved bronze shears – complete with their wooden box – and part of a wooden wheel, the oldest found in England. All this would have been remarkable enough, but more recent discoveries at nearby Must Farm have brought about a further, radical shift in perspective.

The Must Farm area had long yielded significant artifacts, but it was the discovery of the Must Farm boats – eight Bronze Age log canoes in a stunning state of preservation – that really caused a stir. As Ian Panter, Principal Conservator at York Archaeological Trust said at the time of their discovery in 2011- 2012: “It’s really the most incredible find. What was really significant, however, was not so much the artifacts themselves, but what they had to say. All showed signs of extensive use – and repair – and taken together hint at a community that is ‘farming’ the fenland landscape on an industrial scale.

Flag Fen, it seems, was just the tip of the iceberg – one part of an extensive and elaborate settlement that dominated this part of Britain. Such was the importance of the boats that they may easily have ended up in London, but strenuous efforts kept them in the region – in fact, they traveled just two miles, to Flag Fen, where they are undergoing conservation by a team of experts to preserve them for future generations.

‘It is tremendously important that the Must Farm boats were brought to Flag Fen, because they are part of the same story,’ explains Mark Knight from Cambridge Archaeological Unit. Mark worked on the excavation and is one of Britain’s leading prehistoric and wetland field archaeologists. ‘The boats’ arrival at Flag Fen represents a kind of “coming home” because both the boats and the causeway discovered at Flag Fen in the 1980s and now on display to the public, represent novel kinds of conveyances in a landscape fast disappearing beneath rising waters. Both Flag Fen and Must Farm sit at the very edge of a lost world.’

It would appear the boats were not the only novel kinds of conveyance that Bronze Age Peterborians made use of. The Parkways may have been over 3,000 years away, but the enterprising locals were no strangers to wheeled vehicles. In February this year, during the excavation of as many as five roundhouses dating from about 1,000- 800 BC, the media was buzzing with the discovery of a wooden Bronze Age wheel. Whilst not quite as old as the example from Flag Fen – 1,100 to 800 BC, as opposed to 1,300 BC – it is complete, making it the oldest complete wheel of its type in Britain.

Nearby, the spine of an animal at first thought to be a cow is now thought to be a horse, and it has been suggested that the wheel belonged to a horse-drawn cart. But this raises further questions. These roundhouses were raised on stilts, above the water – so what is a wheeled cart doing here? Other mysteries abound, not least of which is the cause of the disaster that struck the roundhouses. The ‘Pompeii’ comparison is not simply a poetic one; a burnt layer shows that these houses were destroyed by fire, collapsing into the fen – so rapidly, in fact, that several pots preserved in the silt have food still in them. Amongst other discoveries, there are glass beads – highly sophisticated for this period.

Duncan Wilson, chief executive of Historic England, which is jointly funding the excavation with landowner Forterra commented: ‘A dramatic fire 3,000 years ago, combined with subsequent waterlogged preservation, has left to us a frozen moment in time, which gives us a graphic picture of life in the Bronze Age. This site is of international significance and its excavation really will transform our understanding of the period.’

Sarah Wilson, Vivacity’s Interim Collections and Archives Manager, explains how the excitement surrounding the finds and the expertise they draw to the area offer unique educational opportunities. ‘With the introduction of Prehistory on the revised History National Curriculum for Key Stage 2 we devised a new session called “Exploring Prehistoric Life”.

In 2013 schools trialled the new curriculum and the session was reviewed in readiness for the start of the new academic year 2014/15. In 2013/14 we saw our numbers for school visits slowly rise to 2,530 and last year we saw a leap in numbers of more than 100% – an unprecedented increase in school numbers.’

With ever greater finds coming to light, and the Must Farm archive destined to become part of the Peterborough Museum and Art Gallery collection, the relationship between Flag Fen and Must Farm looks set to grow and grow, stimulating even more interest. All of this, ultimately, could make Flag Fen one of the most significant locations in the UK not only for archaeology, but for the active study of this period of prehistory – a nationally important Bronze Age centre once more.

Keep up to date with all things Must Farm at www.mustfarm.com