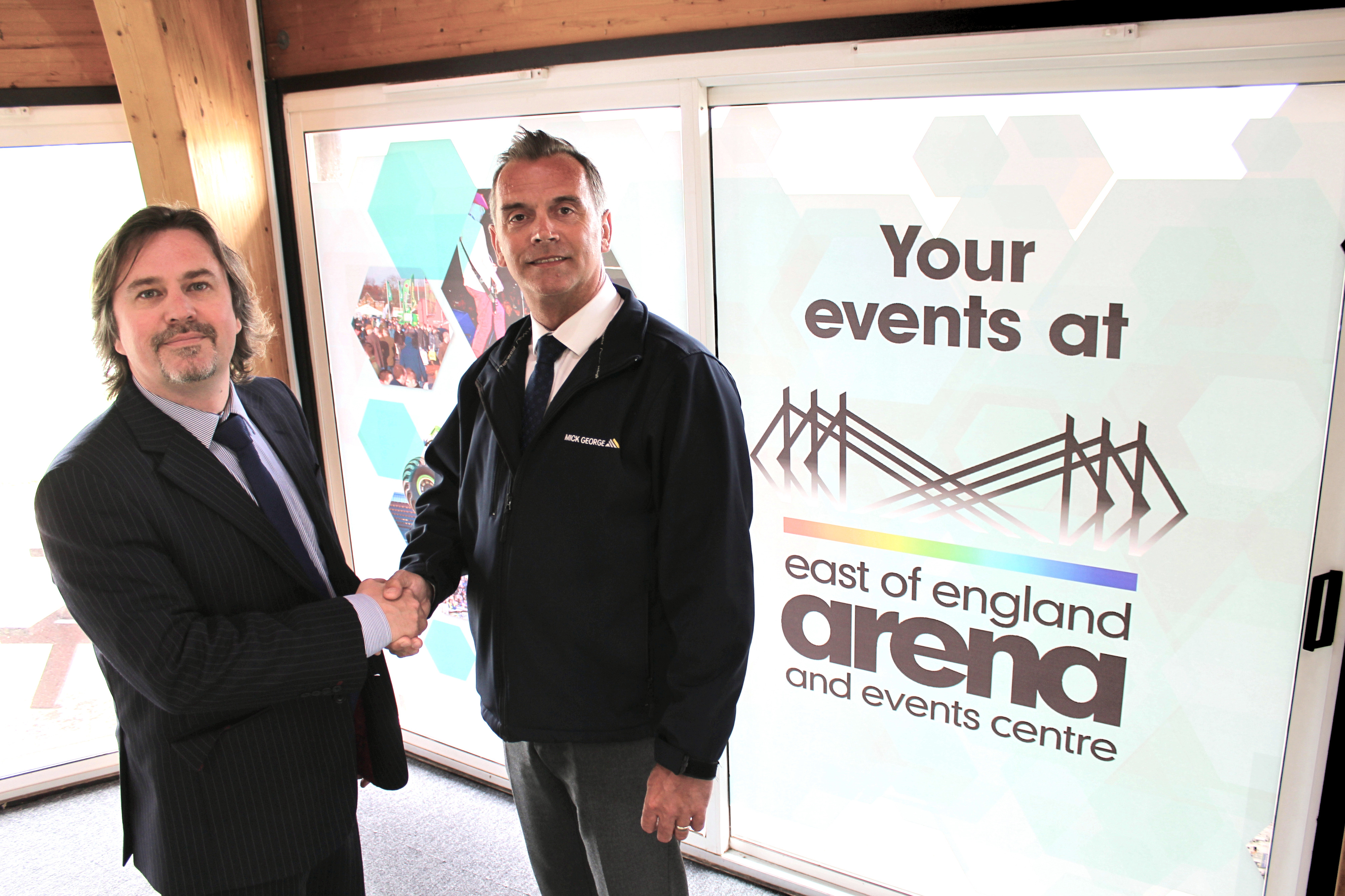 The East of England Arena and Events Centre and Mick George Ltd. have renewed their partnership for a fifth consecutive year, which sees the construction business taking on additional responsibilities at the venue.

Mick George Ltd. now has 24/7 on-call and on-site responsibility for maintenance, testing and repairs of all on-site equipment, including all plumbing, electrical, heating, security and emergency needs at the venue. The renewed partnership will also make a significant contribution to the Arena’s ongoing sustainability efforts, as Mick George also takes on the venue’s waste handling management, collection, recycling and disposal requirements.

Jason Lunn, East of England Arena’s venue director, explained, “Renewing the partnership with Mick George Ltd. for a fifth year was an easy decision to make. Facing our busiest season on record, we’re relying on Mick George to ensure every aspect of the venue is in perfect working order, and the team’s expertise and professionalism over the last four years leaves me in no doubt we’ve made the right decision.”

Jon Stump, joint CEO at Mick George Ltd commented: “We originally became a sponsor in 2014 and over the last five years have developed a fantastic relationship that continues to blossom.”

He continued: “The East of England Arena and Events Centre is one of Peterborough’s most versatile indoor and outdoor facilities, which hosts a diverse range of entertainment, exhibitions and corporate occasions, not to mention its agriculture linkages which have been critical to Mick George’s success over the years. We are proud of our affiliation with the Arena and its staff and are pleased to prolong the partnership.”