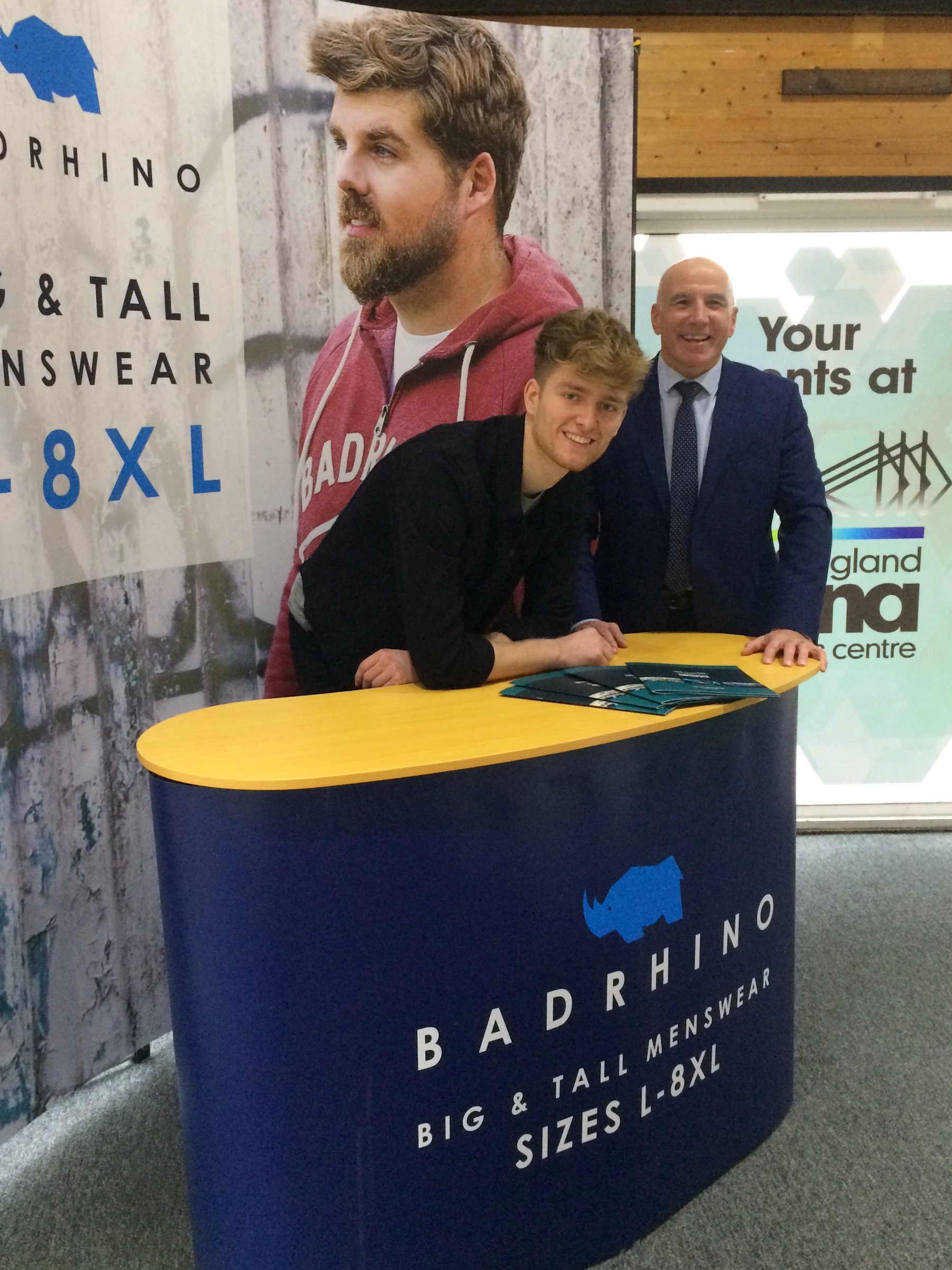 NEWLY established plus-size menswear retailer BadRhino is the latest company to sign a sponsorship deal with the East of England Arena and Events Centre.

The clothing brand was set up in 2105 on the back of the very successful Yours Clothing range for women.

A gap in the market has seen the growth of BadRhino soar over the past two years, with one of its largest stores now open in Peterborough.

The brand offers quality casual clothing, footwear and accessories for big and tall men, and as well as having a presence in 100 Yours Clothing stores across the UK, seven of these are BadRhino flagship stores.

The business with many local connections has now teamed up with a giant on the local and regional events and entertainment scene, the East of England Arena and Events Centre.

The venue’s commercial manager Ian Strange said: “This is a great partnership for us, given that we are able to showcase the products of this relatively new company to thousands of visitors at out events throughout the year.

“It also demonstrates that local businesses see the benefits is supporting one another and building up a strong community profile and presence. We are delighted to have a ‘going-places’ business on board.”

BadRhino’s Harley Killingsworth – whose father, businessman Andrew, is the owner of Yours Clothing – added: “We are thrilled to be partnering with East Of England Arena and Events Centre. It is an iconic national events venue, and we know we’ll get our brand across to thousands of potential new customers through this partnership.

“As another Peterborough-based operation, it’s great to be joining forces with such an established and recognisable local business.”

Some of BadRhinio’s famous customers include former Strongest Man in the World, Terry Hollands and ex-footballer Neil ‘Razor’ Ruddock.