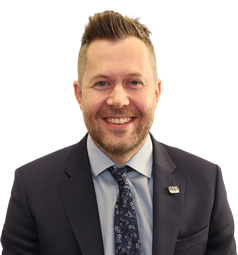 East of England-based accountancy firm Moore Thompson is encouraging businesses to go green by looking at the cost and environmental benefits of electric vehicles.

Each year the number of electric cars on the road increases, with 345,000 pure-electric cars on UK roads at the end of October 2021, according to the latest Department for Transport figures.

The events of COP26 have put the need to reduce emissions in sharp focus, and Moore Thompson says that more businesses will need to look at the benefits of going green soon.

As well as reducing emissions, electric vehicles attract a lower rate of company car tax, which is charged to employees via the Benefits in Kind system.

This tax is focused on the chemicals a vehicle emits. The worst polluting vehicles face a higher rate of tax.

Moore Thompson said that new stricter rules on emissions have meant that most petrol and diesel engine vehicles are subject to higher taxation than in previous years.

In comparison, pure electric vehicles powered only by a battery face a one per cent tax rate – rising to two per cent from April 2022.

“A company car has been a popular benefit for many workers, as it is often the most tax-efficient way of owning or leasing a vehicle,” said Matt Storey, a Partner at Moore Thompson.

“However, changes to the rules around emissions have driven up the tax costs for many company car users and electric vehicles could offer real savings.

“Owners pay no road tax on cars costing less than £40,000, they generally have lower running and servicing costs and, perhaps most importantly, are kinder to the environment in the long term.”

Moore Thompson said that businesses could also benefit from tax relief on the purchase of new electric vehicles through capital allowances, which offsets costs against profits to reduce the amount of Corporation Tax a business pays. In fact, expenditure on an electric vehicle bought after April 2021 is entitled to a 100 per cent First Year Allowance.

“It is no surprise then that we are being inundated with enquiries about the cost and tax benefits of electric vehicles, and we are happy to help businesses and their employees make the most of the current funding and support.”

Want to learn how you can reduce costs through electric company cars? Please contact us.