Budget invests significantly in UK economic recovery after COVID-19, but tax rises are on the horizon, says Moore Thompson

Home » Budget invests significantly in UK economic recovery after COVID-19, but tax rises are on the horizon, says Moore Thompson 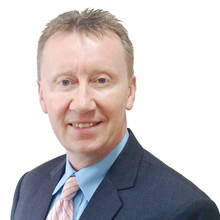 The events of the last year have led the UK to spend more than £280 billion protecting jobs and businesses, with the latest Budget promising a further £65 billion of spending through new loans, grants and the extension of several important schemes.

East of England-based accountancy firm Moore Thompson said the measures confirmed in the Chancellor’s speech will play an integral role in helping businesses to recover in the months to come, but warned that a freeze on personal tax allowances and an increase to Corporation Tax could affect thousands of local business owners.

Rising to speak in Parliament, Rishi Sunak outlined the immense impact that the Coronavirus pandemic had on the UK economy, which shrunk by around 10 per cent last year, but said that the actions taken to support businesses so far meant that the Office for Budget Responsibility predicted economic growth of four per cent this year and more than seven per cent in 2022.

Much of this growth, the Chancellor said, could be linked to the financial support measures implemented during the last 12 months. With a roadmap to re-opening the country now delivered by the Prime Minister, Mr Sunak set about outlining new support to help businesses rebuild and recover.

“The extension of the Coronavirus Job Retention Scheme (CJRS) and the Self-Employed Income Support Scheme (SEISS) until September will play a key role in keeping local people in work by significantly reducing the cost of employment for businesses,” said Mark Hildred, Managing Partner at Moore Thompson.

“Although employers will need to start contributing more to the CJRS in July, August and September, employees will continue to receive 80 per cent of their wages via this vital measure, meanwhile the SEISS will now be extended so that many people who started out on their own before the pandemic, who have struggled to access support, can now apply as long as they have submitted their Self-Assessment Tax Return for the last year.”

Mark added that the £5 billion worth of Restart Grants for non-essential retail, hospitality, accommodation, leisure, personal care and gym businesses would be welcomed by these hard-hit sectors, while the new UK-wide Recovery Loan Scheme, which is guaranteed by the Government, would help businesses access loans of between £25,001 and £10 million at a time when many companies may find it hard to access traditional forms of finance.

“The Budget was packed with new support initiatives, including an extension to the Business Rates holiday worth £6 billion and a further extension to the VAT cut for hospitality, accommodation and attractions across the UK until the end of September, which will be followed by a smaller rate reduction until 31 March 2022,” said Mark.

“Details also emerged of a highly innovative ‘super deduction’, which will offer tax relief of up to 130 per cent, which could cut some company’s tax bills by 25p for every pound they invest in new equipment.”

The Budget also confirmed an extension to the Stamp Duty Land Tax Holiday until June, which will help those looking to buy and sell a home, as well as a new guarantee scheme for buyers using a five per cent deposit.

However, Moore Thompson also recognised that additional tax rises are on the horizon as the country attempts to repay the debt it has incurred due to COVID-19.

Mark said: “In total, the Government will have spent more than £400 billion on its response to the pandemic.

“It is no surprise then that the Chancellor announced an increase to Corporation Tax that is paid by profitable businesses from 2023 and a freeze on personal tax allowances and thresholds, from April 2022 until April 2026.

“Businesses must now wait patiently for further details of the new tapered system for Corporation Tax, which will see businesses with profits of more than £250,000 pay tax at a rate of 25 per cent, instead of the current rate of 19 per cent.”

With so many measures included in the latest Budget, including specific investments in certain sectors and parts of the country, Moore Thompson is encouraging businesses and taxpayers to seek advice so that they can take full advantages of the opportunities and challenges ahead.

To find out more about Moore Thompson’s accountancy, tax and business services, please contact us.