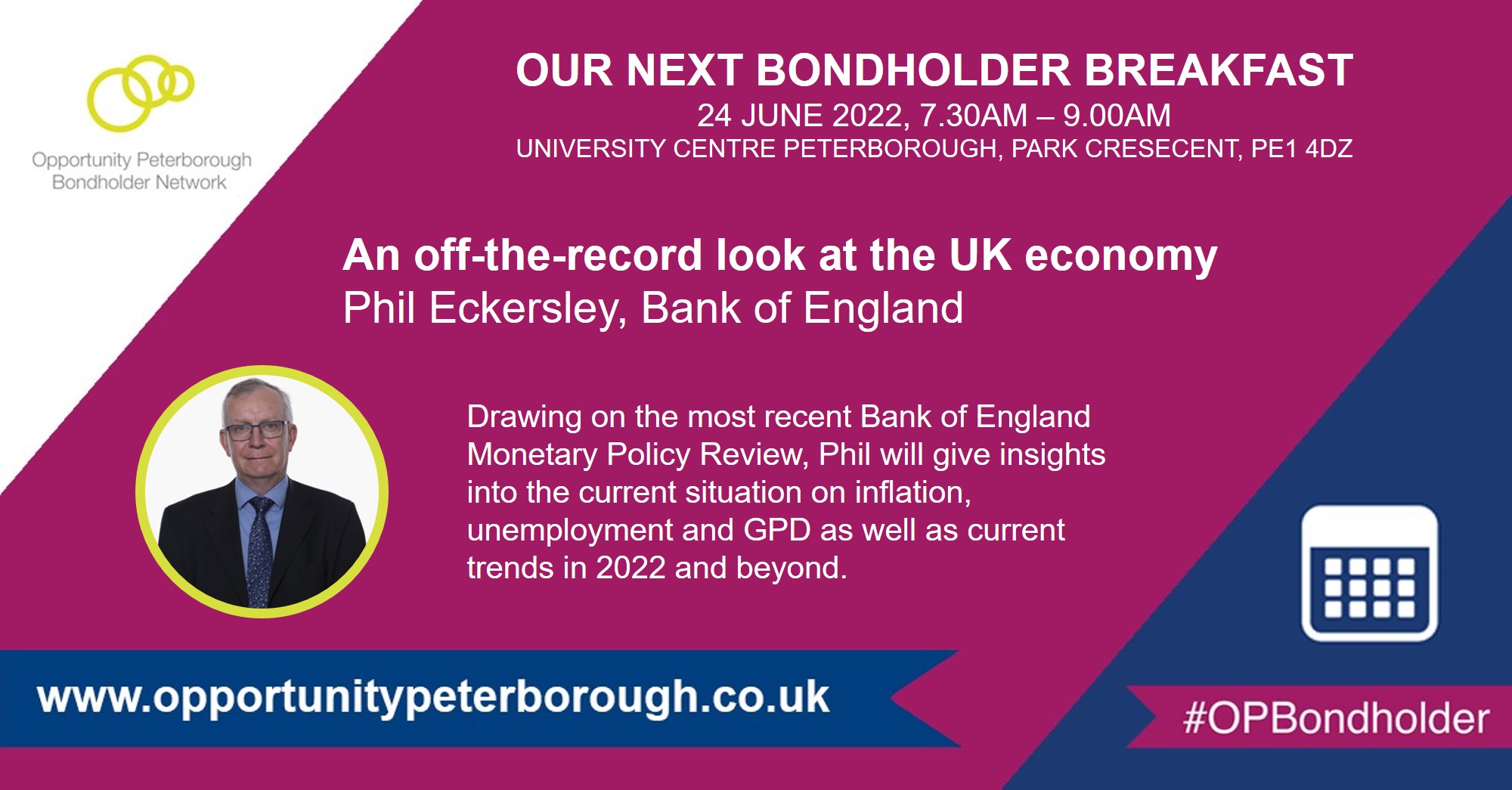 This event is free of charge, and exclusively for members of the Opportunity Peterborough Bondholder Network. For details on how to join, please click here or email: bondholder@opportunitypeterborough.co.uk

Join us for one of our most popular speakers – Phil Eckersley from the Bank of England. He’ll be giving us an ‘off-the-record’ look at how the UK’s economy has performed over the last year, the emerging pressure points and opportunities, and an overview of current forecasts. Phil is a very engaging speaker who peppers in plenty of wit to bring the data to life.

A big thank you to our hosts, University Centre Peterborough (UCP) who are actively supporting employers to develop their future workforce and create opportunities for local students.

More speakers to be announced soon!

Phil started with the Bank of England in 1987 having spent three years teaching economics and mathematics in SE London.

After four years working as a statistician on money supply data, Phil moved to the management’s accounts office in the Bank, providing detailed cost briefing to Governors and Directors.

An off-the-record look at the UK economy
Phil Eckersley, Agent – in the South East & East Anglia, Bank of England

Parking is available on site at the car park to the right just past the gates, directly opposite the nursery and UCP building.