If the solution is circular economy, then what is the problem?

Home » Blog » If the solution is circular economy, then what is the problem? 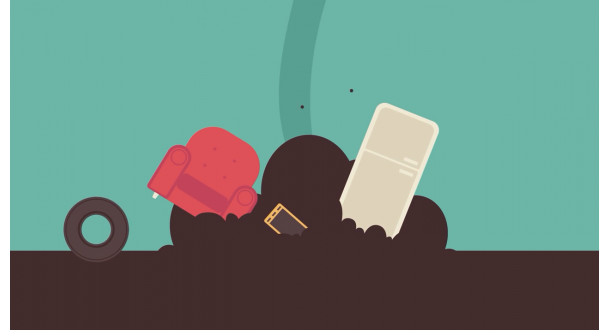 Essentially, our planet has finite resources yet humans have an infinite appetite for wealth.

An effective solution is urgently needed for the sake of stability and future growth. That’s exactly what the concept of the circular economy offers: A practical solution which allows prosperity, whilst keeping nature and people at its core.

What is circular economy trying to solve?

The problem is actually as simple as it is huge: our economic system is greedy by nature. It relies on the accumulation of goods and services and exists by satisfying a dream of exponential growth. Society has to produce and consume more to keep its current pace. And as there are just over 7 billion people on the planet, it’s not difficult to imagine the vast levels of production and consumption needed to satisfy these demands.

This means we’re squeezing our planet’s resources at such a pace that it doesn’t have time to replenish its stocks, so we’re exhausting some key resources. Some of these are vital to our lives – like fresh water – others are deeply engrained in our way of life – like oil.

In parallel, everything we produce and consume ends up in bins. We’re generating immense amounts of waste that has to be dealt with. It impacts our health, through soil and air pollution, and it also impacts on our purses. Half of the UK’s food waste comes from households, yet each home could save an average of £60 per week just by avoiding wasting food.

Effectively, our economic system is reaching its limits and burning its own roots – we’re quite happily cutting the branch we’re sitting on! As Nature puts it in its latest special feature: “As resources dwindle and waste piles up, the ‘take, make and dispose’ linear model of economics is in need of a rethink.”

Yet while the challenge is stark, it’s encouraging to see big companies acknowledging the issue and championing the Circular Economy concept as a way to tackle it. Kingfisher, Unilever, Philips, Perkins Engines, Veolia, Skanska, Viridor, to name just a few, are not only convinced, they’re also taking positive action – visibly.

The Ellen MacArthur Foundation– the Circular Economy guru – CE100 group’s directory provide a good insight to the range of early adopters, from start-ups and innovators to cities and governments.

Circular Economy is popular in political spheres too. The European Union’s large-scale public consultation (the UK participated with its official position) led to a Circular Economy package in December 2015. Our Government is also supportive of the principles, having endorsed a Circular Economy task force and published reports.

If industry and political leaders are embracing the Circular Economy approach, it’s because our current economic system’s flaw is now hitting the private sector – it’s very core. Resource scarcity and/or price volatility are a concern for most companies, either directly or through their supply chain. Dealing with waste also comes at a cost, in transport, collection, landfill taxes, etc.

It may be more difficult for the public to grasp the trap we’ve set ourselves, because the products we want or need are always available on the shelves of our western supermarkets. We don’t really know, or indeed care, what happens to our waste once we’ve disposed of it.

Or perhaps the trap is too big – or it’s out of our reach – so what can we really do about it? The beauty of a circular economy is to allow everyone to play their own part. Every small step in the right direction is significant.

But let’s not be fooled either. Answering the systemic crisis we’ve reached requires a systemic solution. Circular Economy is changing the engrained patterns we’ve adopted at work and at home. It is as comprehensive as it is disruptive.

As it unites conflicting interests, it provides a robust solution. It’s not just another trendy buzzword that will soon fade away.

I hope this blog has sparked your interest and that you’re now keen to know more about Circular Economy and how it works. So, stay tuned for the second blog in this series, as it will focus exactly on that.

In the meantime, don’t hesitate to contact us to discuss how you can play your part in creating a circular Peterborough.

To find out more about Peterborough’s circular economy programme visit futurepeterborough.com or call 01733 317417 or email: info@opportunitypeterborough.co.uk