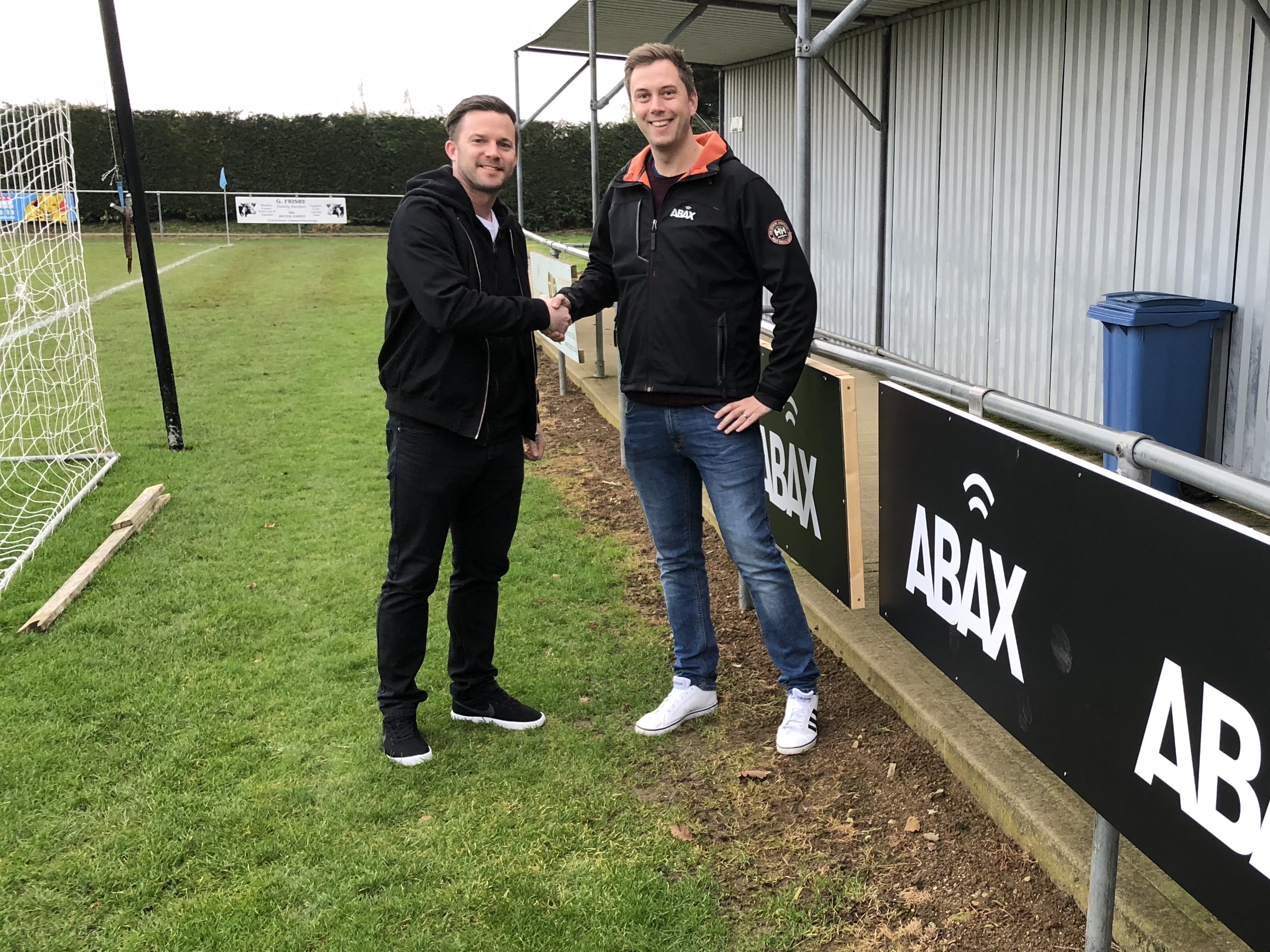 ABAX is continuing its commitment to the community by sponsoring Deeping Rangers Football Club.

Deeping Rangers currently sit third in the United Counties League Premier Division and have strong hopes for promotion this season.

ABAX’s investment into the Lincolnshire club will be most visible with its branding on pitchside advertising hoardings.

ABAX UK Chief Executive Chris Miller said: “Deeping Rangers are a club preparing to make the step up to the next level both on and off the pitch.

“As well as one of the leading non-league teams in the area, the club is building for the future and producing high quality youngsters from within their successful under 18 setup.

“Off the pitch, Deeping boast some of the best facilities within the level that they operate.

“ABAX are delighted to be supporting a club that is working hard to shape the future success of the first team, but also the numerous youth teams that form the foundations of football at grassroots.”

Chris and the rest of the ABAX team have been fantastic supporters of the club and we look forward to continually developing the relationship between ABAX and Deeping Rangers Football Club.

The ABAX sponsorship helps the club work towards achieving its goal of being a successful and sustainable local non-league football club, we would like to thank everyone at ABAX for their support and look forward to having them with us on our journey.”

Technology company ABAX pride itself on having an employee base who love to get involved with sport and the community.

A partnership with Peterborough United FC was signed in 2014 – with the club’s ground now called the ABAX Stadium.

ABAX’s head office in the UK is situated at the stadium with 70 employees working there with a focus on sales of its market-leading vehicle technology including the ABAX Triplog, ABAX Worker and fleet management systems.

The company also sponsors teams in the other European countries it operates in, including Ajax and FC Copenhagen.

ABAX Group is owned by Investcorp, and is a Norwegian company within sales and development of telematics solutions for commercial and private vehicles. ABAX is currently the fastest growing telematics company in Europe. Additionally, ABAX provides products for Fleet Management and GPS tracking of equipment. ABAX has more than 450 employees and offices in Norway, Sweden, Denmark, Poland, Finland, United Kingdom, the Netherlands and China.

The company headquarters are based in Larvik, Norway. www.abax.no and www.abax.co.uk