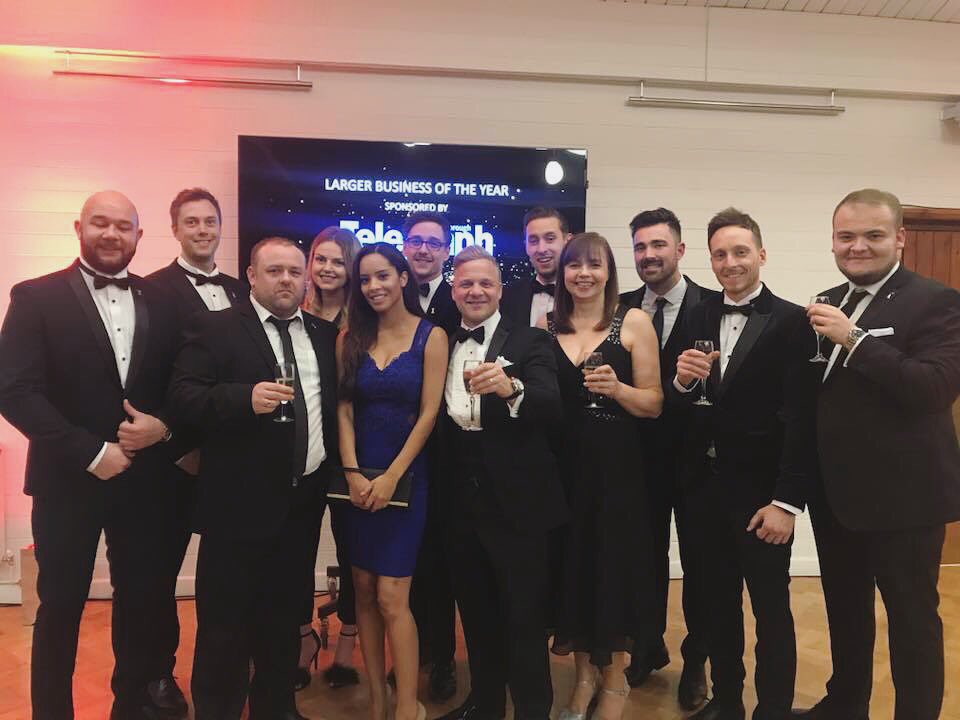 ABAX was recognised for putting employees at the heart of the company by being highly commended in the Staff Engagement category at the 2017 Peterborough Telegraph Business Awards.

The awards honour the brightest and best of Peterborough’s business community, and celebrate the companies and people that are driving the local economy forward.

Around 300 people came together at the Peterborough Arena on Friday 17 November for the ceremony hosted by Jo Fairley, the co-founder of Green & Black’s Chocolates.

ABAX UK Chief Executive Chris Miller said: “People are key to ABAX’s success and we dedicate significant time and resource into supporting our staff so they are engaged, happy and motivated.

“We aim to be seen as a recognised name and prominent employer of people from the Peterborough area, in particular giving people their first avenue into full time employment as the company values a person’s personality and desire to succeed as much as it does academic credentials.

“This accolade demonstrates we are on the right path and we are all very proud to have been highly commended. We will now build on this, continue to listen and learn, so we have an even more engaged team.”

As a technology company, ABAX mainly develops and supplies software to businesses operating vehicle fleets all over the UK.

Recent recruitment took the number of ABAX employees at the Allia Future Business Centre in London Road to 70. This expansion has been triggered by growth on both a global and UK scale.

In the most recent employee satisfaction survey, almost nine in ten of employees said they feel proud to work for ABAX and more than four in five said they would highly recommend ABAX as an employer.

There is a culture of valuing staff through personal and professional development, ensuring that they have a clear future and direction at the company.

ABAX also continues to play a valued part in its community, and this is emphasised by its partnership with Peterborough United Football Club which is now entering its fourth year. Employees regularly take part in team events such as Tough Mudder and Peterborough Dragon Boat Race.

As well as the UK, ABAX currently operates in Norway, Sweden, Denmark, Finland, the Netherlands, China and Poland.